This card tradition really kicked off in 1998, a mere 20yrs ago; historical cards are shown on the Team Lindberg Craft blog.  This year's photos were actually taken early last year. Heidi shot a bunch of neat card material back then (even baked the cookies too), and with this year being busy, our design process was .... hmmm... accelerated  (confession below).

The gingerbread theme was partially inspired to echo the 2002 "death of Morris" card. My brilliant ideas to take pictures of cookies with missing heads went ignored by my partner.

Heidi has a great eye for design and has an inventory of cool photos, but she didn't think these were ready to share yet.  So they rested in storage. Many other raw photos could easily have made awesome cards (below are a few):
We almost skipped making a card since time was scarce; in fact, Heidi thought we were just going to let the project slide. Heidi was tied up thinking about hosting Thanksgiving (we even missed getting our tree up the weekend after Halloween, but Erin came home from college to remedy that). Pressured to keep the tradition going, I secretly raided her stock images. I was anxious to make a card without content of my own, and thought her works was splendid, so ... for the record, Heidi didn't participate in the editing process. In fact, she took the pictures and no Photoshop retouching was done (I did try to white balance the cover, which apparently could have been done better). 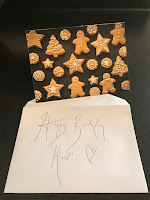 In an age when consent matters, I recommend being a better teammate. But after 22yrs of marriage, I had some points to spare. Of course I had to confess eventually.  With her birthday being in late November, I decided to share the proof in a faux-birthday envelope. It was like a gender reveal ceremony, without any pregnancy: "Hey honey, we are expecting a great card :)" .  Drawing a heart on the card really helped. Would have been even better if I actually had a birthday gift.

After due pause and glare, she said the cover had a slightly unacceptable green tinge, and scoffed at the kerning and font choices of the interior (below).  Thankfully I already accepted the proof and ordered a bunch, so I said "No worries, I got this." 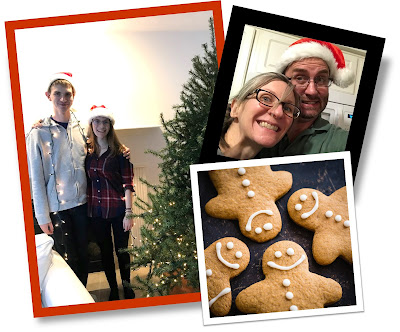 Heidi rocks as a photographer, but sometimes she needs to be in the photo! So we turned to retired P&G imaging specialist Julie Lubbers at Teal Gate Studios earlier this year for family photos. Highly recommended.

Here's wishing everyone a peaceful, safe 2019.
Go eat some cookies! 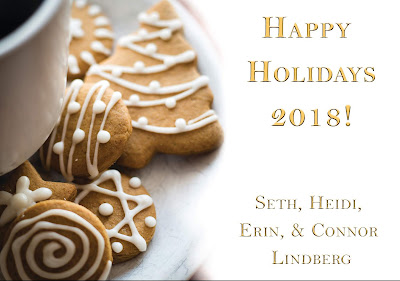