I just attended the 83rd Annual Society of Rheology (SoR) in Cleveland, Ohio, and wanted to share some important links between Art/Science and Micro-rheology/Robert Hooke.


Rheology is "the study of the deformation or flow of matter" so SoR attracts a diverse bunch: device manufacturers designing diagnostic, medicinal widgets (blood flow); product and process engineers of paints, cosmetics, and foodstuffs; packaging designers concerned with manipulating molten plastic; petroleum engineers ruminating on extracting oil from the earth; and even biophysicists studying the mechanical properties of cytoplasm.

The "Father of Microscopy"
dreamed up the "Spring Constant"


Nerds are often self-deprecating and insecure, so it is refreshing that SoR's diverse participation welcomes people with multidisciplinary backgrounds (like me!).  Although I am a chemist by education, I have more experience performing microscopy and am embedded within a group of product/chemical engineers at work.   Since 2005, I could best be described as a "micro-rheologist" who studies the variation of mechanical properties within soft matter mixtures (more on microrheology below).


When your experience morphs you into being a master of the interdisciplinary, it is refreshing to find a single champion representing your apparently disparate fields of study (and hobbies).  Hence I was delighted to realize that the "father-of-microscopy" Robert Hooke (1635-1703) was the same who dreamed up "Hooke's Law" of elasticity (Hooke's law describes the elasticity of springs which is fundamental to rheology ... “As is the extension, so is the force”); but wait there is more... he was an artist too! 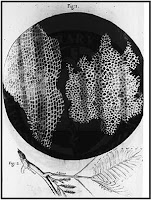 Scientists were once artists


Of course, cameras did not exist in 1665, so early scientists had to draw their data! Leonardo Davinci's notebook is a classic documentation of this, but consider early anatomists who had to draw fast since their non-refrigerated corpses/subjects decomposed (for more on this, I recommend Kemp's beautiful book: Spectacular Bodies: The Art and Science of the Human Body).


Hooke pioneered the use of the microscope and presented his survey of microstructures to the Royal Society in his "Micrographia, or Some Physiological Descriptions of Minute Bodies made by Magnifying Glasses (click to browse the interactive book). Hooke had to draw his observations as he peered into strange, microscopic worlds. 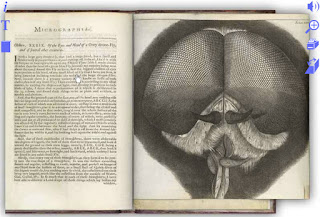 Click to go to the interactive Flash book of Hooke's notebook

Particle Tracking Microrheology -
Hooke was a Microrheology Pioneer
Microscopes can be used as rheometers too!  To do this, one needs to be able to document the speed and location of colloidal bits (~1/100 the diameter of human hair) as they jiggle by Brownian motion (thermal fluctuations).  Difficult to do this by hand!

Note that Einstein was key in enabling the use of a microscope to measure one of Chemists' most famous number, the Avogadro constant, being the number of atoms per mole of material; well Einstein set the stage anyway, J.B. Perrin checked this experimentally with a microscope ~1900.


A field of Particle Tracking Micro-rheology (PTM) has been emerging since the mid-1990's, fueled by the advent of the digital camera.  PTM Practioners will appreciate the often ignored Davidison and Collins' 1976 study of heterogeneous domains within Carbopol slurries in which they relied on Polaroid film and overlays of negatives to capture their data (J. A. Davidson and E. A. Collins, Journal of Colloid and Interface Science, 1976, 55, 163-169).

In complex fluids (from living cells to cosmetics) we are presented with a mixture of spring-like structures that are much smaller than the eye can detect.  Bulk methods can describe how they look to the eye (a camera) or how they flow as a composite (rheology), but to see measure the landscape of properties we need a microscope to see (a) the structure of the material that has a variety spring-like properties and (b) the rate at which free particles push against them.


PTM tutorials:
For an online tutorial of the nitty-gritty workflow I recommend MIT's website (some example images from there are highlighted below to illustrate how the motion of particles can be tracked); and for an example of how PTM can be used to measure soft matter mixtures I recommend Caggioni's paper "Rheology and microrheology of a microstructured fluid: The gellan gum case (link). 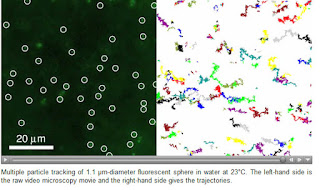 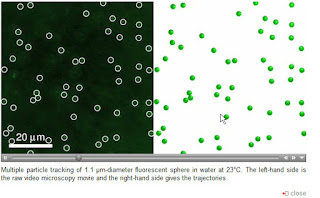 Email ThisBlogThis!Share to TwitterShare to FacebookShare to Pinterest
Labels: Microscopy

Crafting Prototype Creatures
I am designing creatures for the sequel to Lords of Dyscrasia and am exploring possibilities with tangible prototypes.  This process yielded an easily reapplied Halloween craft!

Animating Manikins: The dark hero Lysis reanimated the skeletons and armatures of Doctor Grave's Dissection Theater to form his undead troop, the Red Horde (image below).  Motivated to integrate the mysterious fruit/orchard themes littering the book (the presence of which will be explained in the sequel) with this Horde led me to literally mix (1) apple-head crafts with (2) art manikins.  The results are...

Simple Spooky Apple Head Creatures
Appledolls.org is a nice resource for creating traditional dolls (as seen on Martha Sterwart :)).  Below is my modified method: 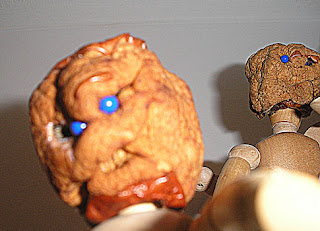 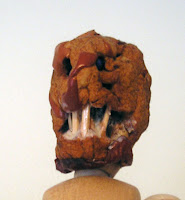 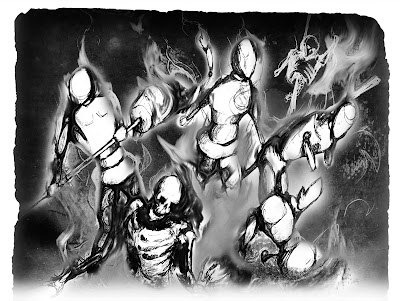 The Red Horde: reanimated armatures, skeletons, and art manikins from Lords of Dyscrasia 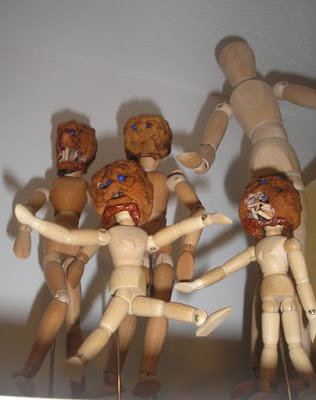