1) Please participate in our first Group-Read in the Sword & Sorcery Group.

What? Have no idea what to read? Browse the Group Anthology Bookshelf
Where?: Please post the Anthology you choose to let others know in the Group Read Folder...then come back to discuss!  Note the discussion thread on the same topic: S&S Anthology DiscussionWhen?: Jan-Feb 2013; We will target polling for another theme in Feb. for the next topic (for Mar-April).

Banner: Please note the masthead (current title image for the group posted above too) is appropriately drawn from popular Anthology covers. Here are the artists and cover credits:
Johnney Perkins and Didier Normand
Rage of the Behemoth and Return of the Sword

2) I am sponsoring another Giveaway of a Lords of Dyscrasia paperback:

Posted by SE Lindberg at 6:40 PM Links to this post 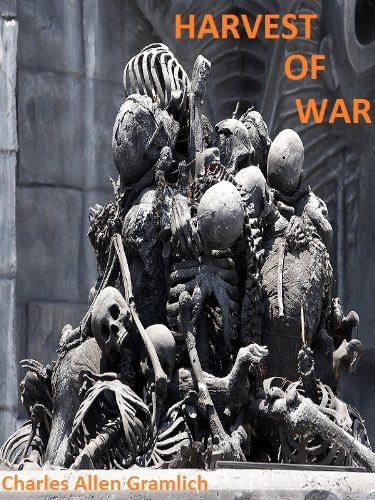 “Victory rewards the most brutal”. But in a war fought between Orcs, Humans, and the monsters known as the Reapers, who best deserves that title? And will any of them fight for the weak? Or are the weak just prey? Back cover Summary

Context: This is a short story, originally scheduled for an anthology in ~2011 that never made it to market, and has thankfully been made available as a stand-alone tale. An underlying motivation of the anthology was to show Orcs as more complex characters than presented by Tolkien. Gramlich delivers this.

Brutal, Poetic Style: Amongst the heaps of eBooks available, the above premise alone does not make this stand out. However, deliver it with Gramlich’s style and you find yourself with a true treasure. Harvest of War will appeal to both casual and literary readers because Gramlich’s economy of words is so smooth it belies its rich imagery and emotional depth. His prose is: Arresting. Vivid. Compelling. Here is a glimpse:


Across a snowfield that lies red with dawn, the Orc charge comes. And is met. Axes shriek on shields. Swords work against armor into flesh. The tips of spears are wetted. Gore dapples the snow...

Only one brief instance gave me pause: a character not accustomed to speaking strangely has a burst of dialogue; this contrasted the efficiency presented throughout, but was merely a surmountable hurdle in an enjoyable 400meter sprint. I highly recommend this.

View all S.E.Lindberg reviews
Posted by SE Lindberg at 8:03 AM Links to this post

Email ThisBlogThis!Share to TwitterShare to FacebookShare to Pinterest
Labels: Gramlich, Reviews - by S.E.

I will periodically update this page throughout 2013. Here is the link to last year’s queue, provided since many films slip from year to year: 2012 Sword and Sorcery Film Queue.

Posted by SE Lindberg at 9:46 AM Links to this post