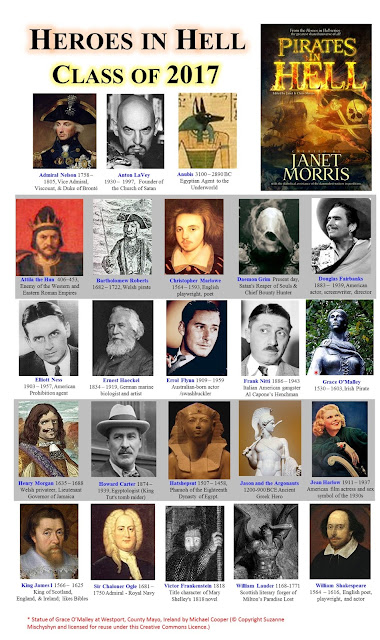 See the Heroes in Hell, 2017 Class Picture? Imagine all those timeless characters stuck in Hell struggling with their pasts, presents, and futures. It's a crazy mashup of historical fiction and fantasy!

When should you jump in?

Now! Perhaps you are a bit timid to jump into Hell so quickly; so why not have the tour guides explain your worries away?  Authors from the preceding Doctors in Hell anthology convened for a death panel to explain the series and why it's okay to  "go to Hell at any time! (link)"