A Sinner's Prayer is a Beautiful Intro to a Dark Asunda - S.E. Review 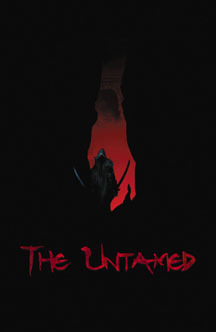 The Untamed: A Sinner's Prayer by Sebastian A. Jones
S.E. rating: 5 of 5 stars

Fantastic Introduction to Asunda’s Beautiful-Dark World: I learned about Stranger Comic’s The Untamed: Sinner’s Prayer while browsing Kickstarter. The art and story were captivating and the campaign organized well, so I backed a reward that was essentially a pre-order. This served as my introduction to the World of Asunda and Stranger Comics (led in part by Sebastian A. Jones). In short, the hardcover exceeded my expectations: for $30USD we get 260pages of great story telling and art. This work serves as an outstanding introduction to deep, fantastic world that will appeal to dark fantasy fans (from Spawn to Conan to all those Grimdark folk).

Premise and Milieu : This is for mature readers. The publisher’s summary is concise and true:


A cloaked Stranger slips into the rustic Town of Oasis, changing things forever. Ten years it has been since he ran this town with malice and harshness. Even then, there was hope for his soul. His wife and daughter were on the verge of turning him from wickedness. But they were murdered, and so was he. Now he has returned, hell-bent on killing. Written by Sebastian A. Jones; Art by Peter Bergting; Layouts by Darrell May

Without spoiling, readers should know that this work focuses on the titular character (the sinner/stranger) but has abundant background for Niobe (a female heroine with her own set of comics). The unnamed stranger starts his journey leaving Hell to complete a deal: 7 days to return 7 souls and redeem himself. On the surface, the town of Oasis in Asunda presents many fantasy tropes (elves, humans, dwarves) with a fresh spin (unique names and twists in culture… i.e., it is not as European-Medieval centric as one may expect) and beautifully presented art that is both angelic and brutal. The attention to detail as in the cover (red had embracing the stranger) is presented throughout. The covers of the series represent the art within: 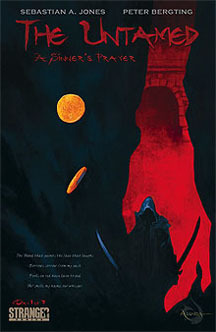 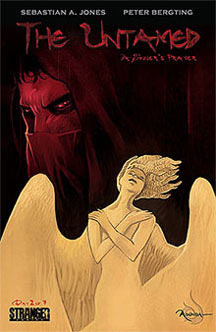 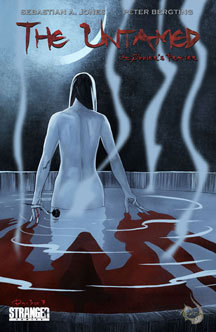 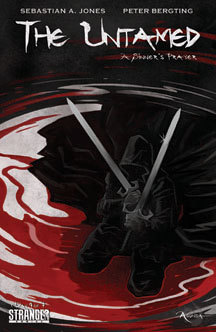 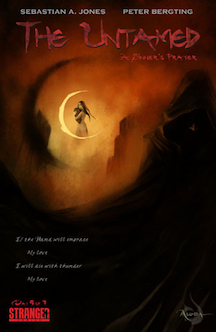 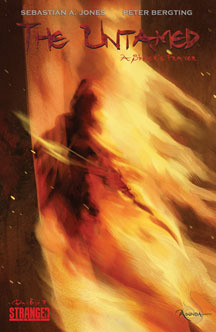 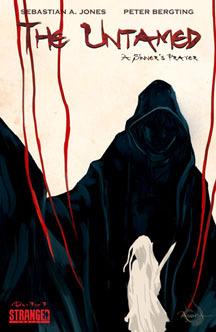 Other World of Asunda Works: As this moment (Spring 2016) the other Asunda works are not compiled in an omnibus yet. There are novellas and more comics that promise to be equally compelling, such as NIOBE: She is Life, Issue One; Niobe: She Is Life #2 and Dusu: Path of the Ancient #1.


View all my reviews
Posted by SE Lindberg at 9:34 AM