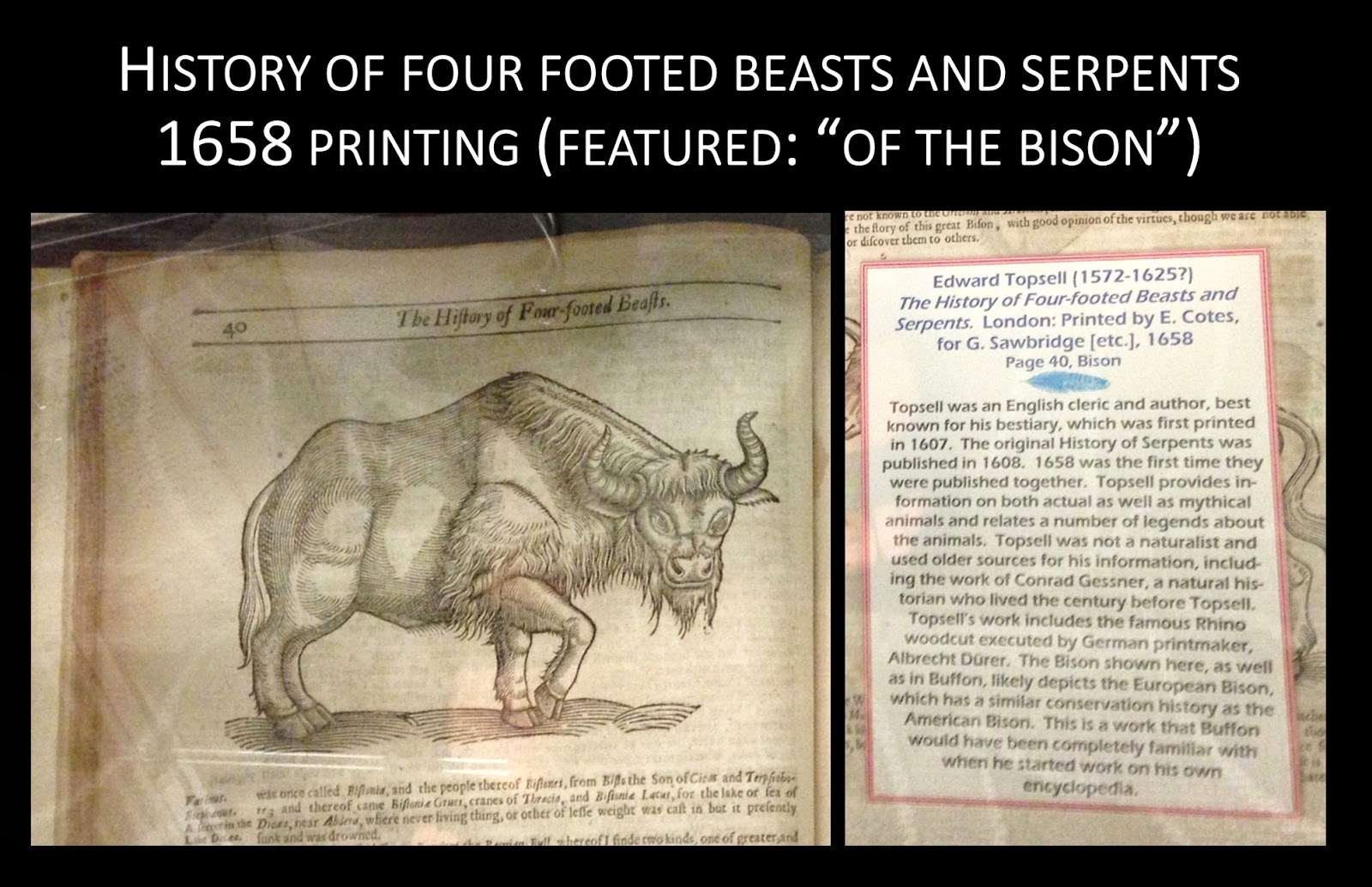 The Lloyd Library is a reclusive gem hidden in downtown Cincinnati (Plum & Court Str. corner). Despite having attended Rieveschl Hall at the University of Cincinnati to study chemistry, and having lived in the region since 1991 while pursing a carrier and hobbies that blend graphic arts with science, I missed this place entirely.  Cripes, I could have seen Rieveschl's lab notebooks in person!  Thanks to the Lloyd Library & Museum (LLM) sponsoring a clip on NPR, I learned about the institution.  It is a small venue, at least to the public; four of its five floors are off limits since they house a treasure trove of antique scientific literature.


I am a confessed bibliophile. In 2012, I had the pleasure of seeing an original, 1665 printing of Robert Hooke's Microgrograhia (thanks to Don Brooks and the McCrone Research Institute; link).  Of course, cameras did not exist then, so early scientists had to draw their data! Leonardo Davinci's notebook is a classic documentation of this, but consider early anatomists who had to draw fast since their non-refrigerated corpses/subjects decomposed (for more on this, I recommend Kemp's beautiful book: Spectacular Bodies: The Art and Science of the Human Body).  Hooke pioneered the use of the microscope and presented his survey of microstructures to the Royal Society in his "Micrographia, or Some Physiological Descriptions of Minute Bodies made by Magnifying Glasses (click to browse the interactive book). Hooke had to draw his observations as he peered into strange, microscopic worlds.

So to learn that four levels of books from similar eras were downtown at the LLM, I had to visit.  The first floor is open to the public and features some rotating and some permanent exhibits; calling ahead to arrange a visit may expedite getting inside.  They do host small educational groups, but this is really a place of research in which the librarians are used to retrieving medieval-to-early-19th-century works.  Here are some highlights:


Temporary Exhibit Back from the Brink

Description from the LLM: "This year marks the 100th anniversary of the death of the last known passenger pigeon, Martha (shown at right), who died at the Cincinnati Zoo, despite attempts to find her a mate and save the species, which once numbered in the millions...Over the course of human history, we have, unfortunately, caused the end of numerous species...This exhibition features species that have made a comeback, showing those moments when our species has recognized our own folly and done something to make a difference." History of four footed beasts and serpents: 1658 (link to public domain) was one featured book (behind glass of course), turned to the Bison image (image above). The link to the public domain site shows the hidden pages that include mythological  beasts. So the image of the Bison was indeed cool....but to be able to browse through the printed version at the other entries would be remarkable (and possible it seems, especially if one has an academic reason to request access). 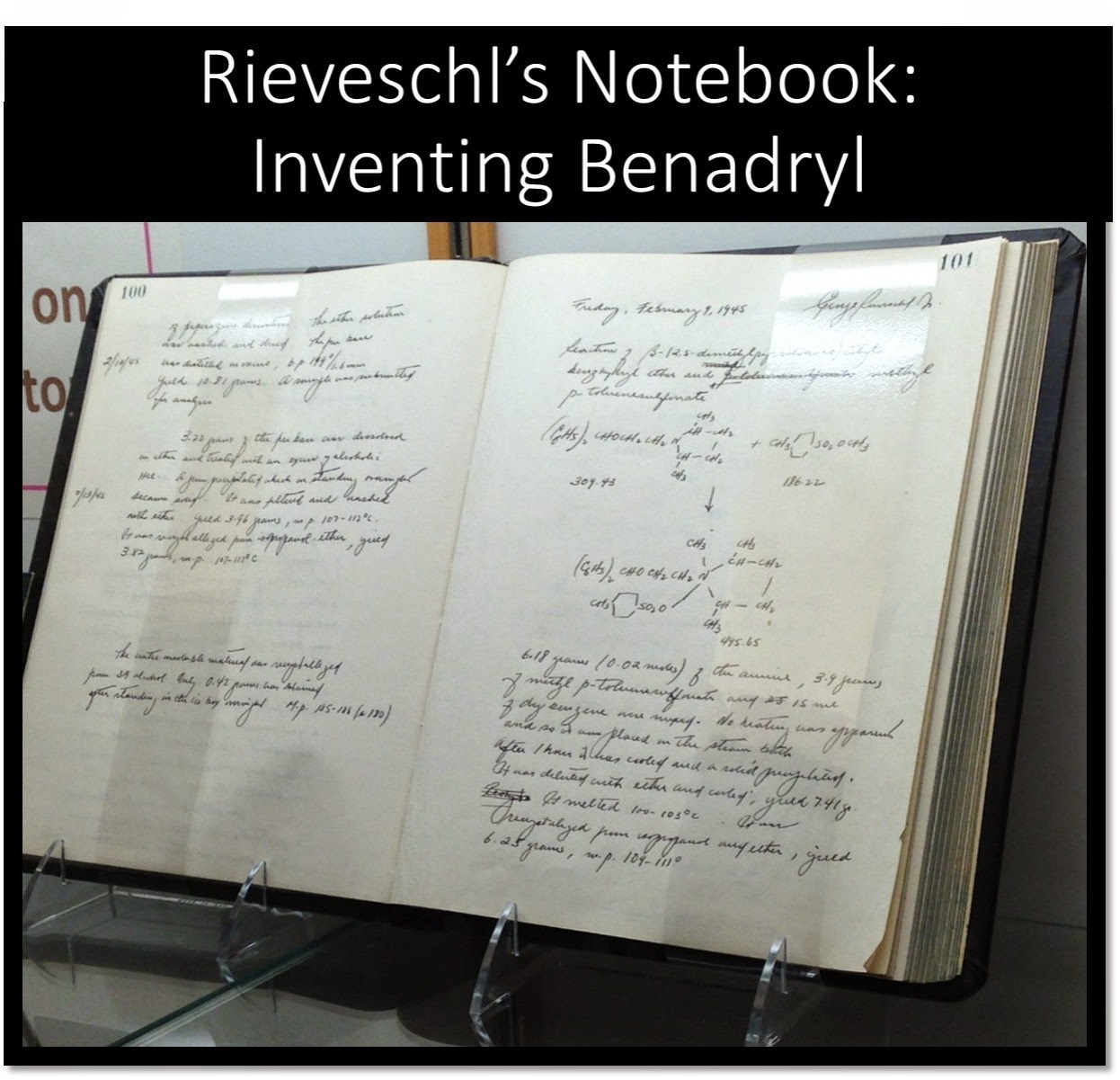 The George Rieveschl, Jr. History of Pharmaceutical Chemistry Exhibit features a patented Lloyd Cold Still (at right) built in Cincinnati and used at the University of Michigan and at AYSL Corp; a key device use to invent and manufacture Benadryl.  The Cold Still was a neat, patented invention by the Lloyd brothers that heated the surface of an extract to remove solvent, as opposed to heating the bottom; the benefit was that fragile chemicals were not degraded during the separation process. The exhibit features the actual cold still...and Rieveschl's lab notebooks (see photo)! 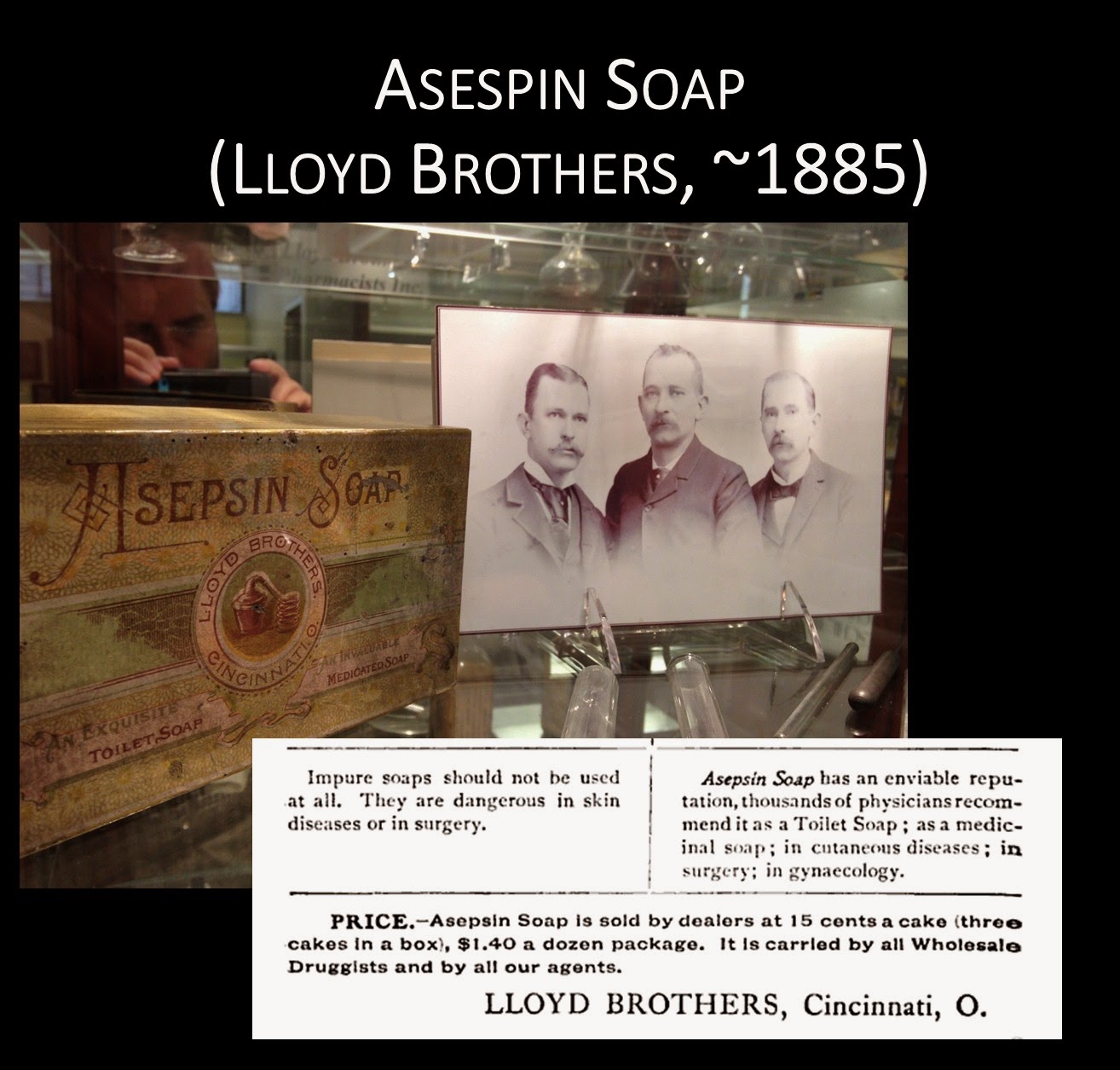 The Lloyd Brothers set up shop in Cincinnati ~1885 and had a rich tradition of researching botantical chemistry and medicines.   Of particular interest to soap makers of past and present (i.e., Cincinnati soap makers Procter & Gamble), was their "clean" long, lasting soap: $1.40 for a dozen cakes!

Online Exhibit: The Magic and Myth of Alchemy

This is a very comprehensive website that blends historic drawings of real scientists with the subjective, trippy alchemists.  LLM description: "This is a permanent online exhibit: "The Magic and Myth of Alchemy" exhibit was created in honor of the International Year of Chemistry, an event celebrated by chemists and chemistry associations throughout 2011. In truth, however, there has been a wish to present the alchemical holdings of the Lloyd Library and Museum to the general public for some time. While we do not hold the most ancient treatises from Asia or the Middle East, the Lloyd holds a wealth of materials from the Early Modern and later periods, along with translations and later editions of some of the earlier volumes. A quick search in the Lloyd's online catalog yields no less than some 140 titles pertaining to that topic in some fashion, dating from 1544 to 2010. The collection includes the works of Paracelsus, Maier, Glauber, Hermes Trismegistus, and that alchemist made even more famous through a mention in the Harry Potter ™ series, Nicholas Flamel."