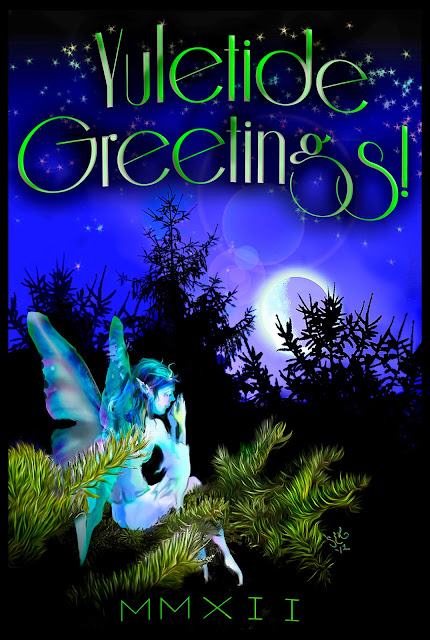 This card wishes all a safe holiday season, and a happy new year that follows. Thanks to Heidi, Erin, and Connor who always support my compulsive card-making behavior.  All previous cards can be found on http://lindbergcrafts.blogspot.com/.

I was obviously inspired by faeries this year.  The connection stemmed from the foundation of many religious celebrations at year's end: the Winter Solstice.  Since the longest night of the year marks the Solstice, it seemed appropriate the have the moon take center stage.  The first concept was to have an evergreen forest decorated with lights.  These lights were to be revealed as faeries migrating from the moon, resting on branches.  Originally they would be carrying lanterns.

I confess, I started this in September since my Oct. & Nov. schedules were packed.  I was motivated to finish early Nov. to ensure I could get the hardcopies printed in time for an early Dec. publishing.  This process seems to only get more complex each year...ugh.  Anyway, here is how the card was produced: 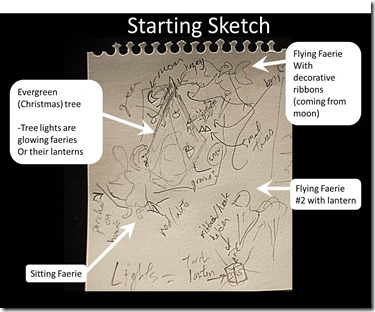 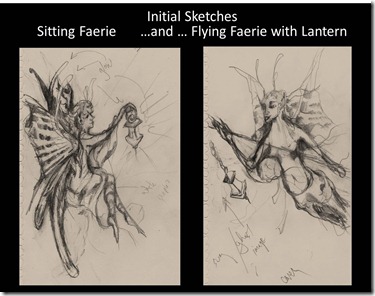 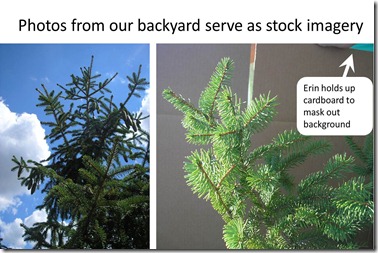 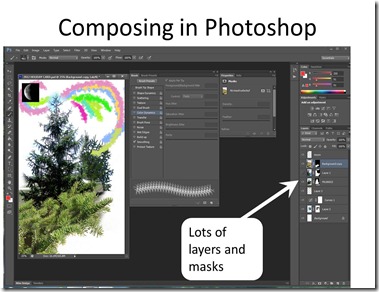 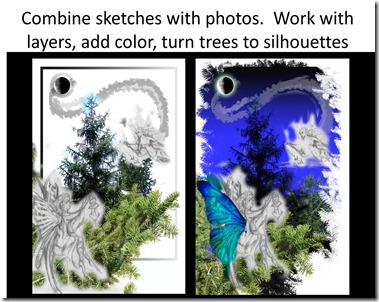 During the making of this, the concept of a parade of faeries was reduced to a single one. The remaining faerie took on a glow of her own, so she hardly required a lantern.  She assumed a reflective, praying position (she had to be doing something).  Incidentally, this design change sparked a discussion with our resident mythologist (Erin) who claimed the simplification might still be perceived as odd: she argued everyone knows that angels prayed, but fairies were not known to be religious (as praying would imply).  I agree, but angels and faeries are not far removed from each other on the spectrum of spiritual, winged things.  Besides, if I were a moon  faerie, I would consider coming to earth on the longest night of the year just to look backward, reflect from whence I came, and prepare to tackle the future.  In any event, no offense intended (recall an angel did get center stage in last year's card (link)). 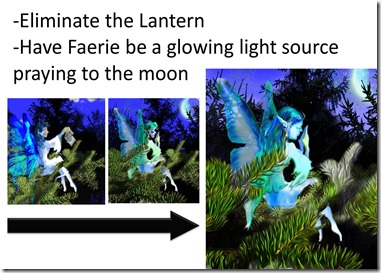 How do you engage a resident mythologist?  Win her over to your way of thinking? Well, you may just up the ante a bit, perhaps incorporate her into the work.  Game on, daughter! 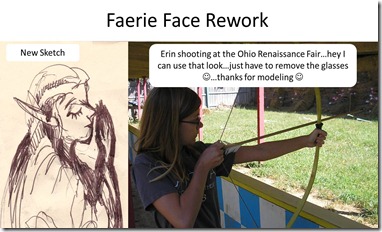 There is a lot of detail in there, so let's zoom in. Some people see a 3D effect now:  if you first focus on resolve the black silhouette of the trees, then she should appear to float in your peripheral vision (at least on computer screens).  Tell me if this works for you (might be easier to see in the final version at top of this blog). 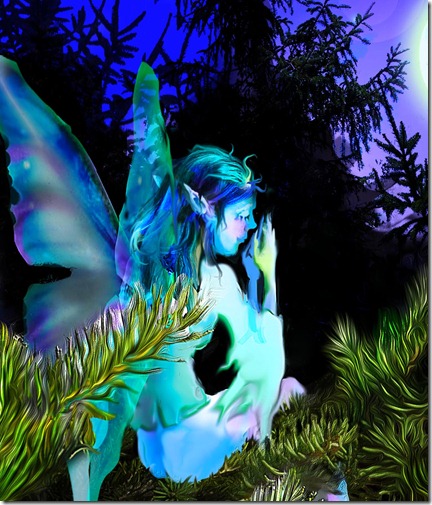 Heidi helped me with finding a good font.  She found a great one that was easy to read and amplified the moon shape with wondrous circles in the "G","g", and "S". 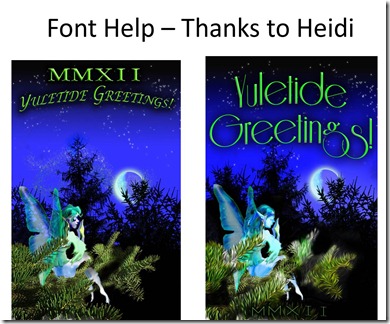 Cripes, almost done.  I worked in RGB (Red, Green, Blue) space originally since I am familiar with it and my photos/scans were generated that way (RGB being the format of the raw data from scientific/digital cameras and the display on monitors); however, the printing industry still prefers CMYK (Cyan, Magenta, Yellow, and Key--a.k.a. "black") since those "channels" represent the common ink colors used in printers.  Color transformations are nontrivial, so it is best to work this out yourself rather than rely on some automatic/uncontrolled process if you are going to submit your art for hardcopy printing.

Black (K): Converting in Photoshop appears easy (most try the IMAGE>MODE options), but this doesn't work well (EDIT>CONVERT TO PROFILE allows for more control).  Generally, the RGB colors are converted to CMY_ alright, but the K channel is neglected.  Blacks turn to grays, and the general intensity of the image becomes muted.  To correct this, a program like Illustrator or InDesign is needed (geared toward making actual prints).  I used illustrator to EXPORT my file into a new *.PSD after I had changed the PREFERENCES>APPEARANCE OF BLACK to export RICH BLACK. 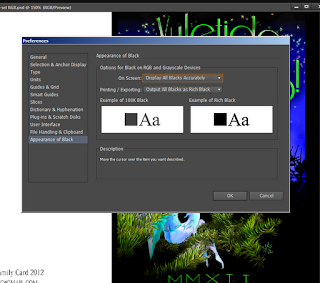 (CMY): Then back in Photoshop, to tweak the colors I applied a few ADJUSTMENT layers, I reversibly tweaked the colors "by eye" until they approximated the RGB look. 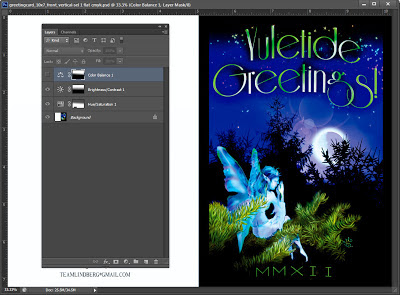