CHARACTER PERSONALITIES AND HOW THEY WERE CREATED (BY BRIAN D. ANDERSON)

As a lifelong fan of the fantasy genre, it was important to me while writing The Godling Chronicles-BookOne: The Sword of Truth, to stay true to the style. However, I have noticed over the years, that far too many fantasy novels concentrated more on the fantastical aspects, and ignored proper character development. I did not want this to be reflected in my work, and endeavored to write a cast of characters that the reader could relate to, sympathize with, love, hate, but most of all believe. I wanted to create people that behaved and grew as they would in real life. Often this led the story into unexpected and exciting directions, and found that at times, the characters would over shadow the concept...but I didn't mind. It is what I had intended in the first place. 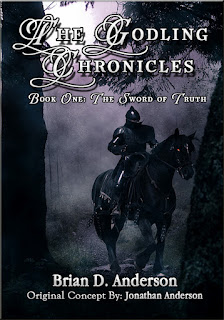 In any genre, when a person with a given personality is in a situation that forces him/her to be in the company of someone with an opposing personality, it can be assumed that there will be a natural conflict. However, as they navigate through trials and tribulations, feelings and personalities change; sometimes for the better, sometimes not. The reality of relationships should always be a part of an authors thinking when throwing different characters together; and in fantasy, there can be nothing more important than this. It doesn't matter who good the plot is, if the characters cannot drive it forward. Magic and power isn't enough; not if you want to captivate the reader.

Also, I wanted to be certain that the female characters were not your stereotypical damsel's in distress. I have always felt that weak female characters have been largely responsible for driving women away from reading fantasy. And who can blame them? It is uninteresting, unrealistic, and frankly, offensive. Luckily, I am not the only fantasy writer who has clued in to this, and it has caused a massive influx of female fantasy lovers. My own fan base is more than fifty percent female...a fact I would like to attribute to characters such and Kaylia, Celandine, Maybell, and even Salmitaya.

Over the past year inhabitants of The Godling Chronicles have become a vital part of me in ways that I had never anticipated. Each character is like a member of my family, and I love them dearly. It has been a tremendous honor to be able to share them with others, and it is my greatest hope that my work may inspire, in some small way, the same love of the genre that has been a part of my life for so long.


THE GODLING CHRONICLES (BOOK ONE): THE SWORD OF TRUTH
It has been five hundred years since the Great War between Elf and Human ripped the world apart, and the Dark Knight of Angrääl has stolen the Sword of Truth. With it, he has trapped the Gods in heaven. If left unchallenged he will kill the Gods and reshape the world into an unimaginable hell. The only hope for all of creation is a boy named Gewey Stedding, the only being born from the union of two Gods. Aided by Lee Starfinder, the son of Saraf, God of the Sea, and a mortal woman, he must discover the true nature of his power. However, this will not be easy. He is bound to the earth a mortal man, and in many ways is very human. When Kaylia, a young elf woman, joins their party, Gewey discovers that perils of the heart can be as treacherous as any sword. Gewey, Lee, Kaylia and other friends they meet on their journey, must battle the Dark Knight, find a way to heal the hatred between elf and man, and restore heaven itself. 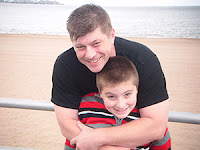 Brian D. Anderson was born in 1971, and grew up in the small town of Spanish Fort, A. He attended Fairhope High, then later Springhill College where his love for fantasy grew into a lifelong obsession. His hobbies include chess, history, and spending time with his son.


Jonathan Anderson was born in March of 2003. His creative spirit became evident by the age of three when he told his first original story. In 2010 he came up with the concept for The Godling Chronicles that grew into an exciting collaboration between father and son. Jonathan enjoys sports, chess, music, games, and of course, telling stories.