This wraps up a series of posts discussing the design of the Helen's Daimones cover. Part One covered the design concepts, Part Two  revealed details about connecting with Daniel Landerman, and this last post will be the meatiest of all since it will show the progression from sketch to final illustration. All sketches are copyright Landerman 2016.

First, Daniel took several storyboards and design concepts (akin to those shred in the first post) and provided several compositions. I chose "D" since showed Helen's face while keeping her vulnerable...and having the sword away from Lysis made it easier to visualize.

Then Landerman continued his magic ability to show details without cluttering the image.  From curious in Helen's hair, insect traits in the armor, and decorations in the clown-dolls, he loaded up the image with subtle elements.
What followed was a series of monochrome compositions that explored how light could be sourced from the magical sword, the eyes of the undead dolls, and moon. 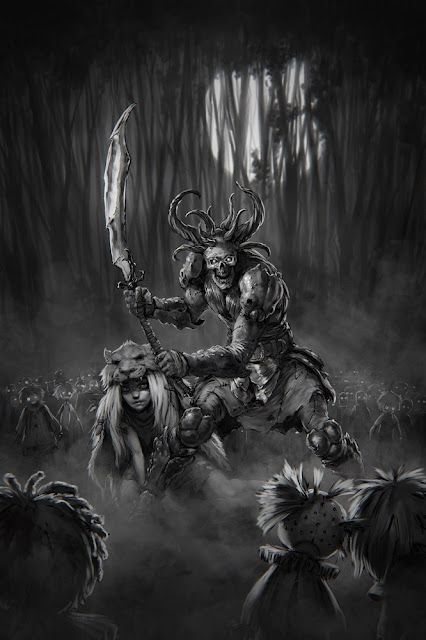 Lastly, Landerman colorized the work. He was inspired by iridescent beetle carcasses for the armor.
To match the magic in the book, the dolls and wasp needed to be blue-ish, and Lysis needed to be variegated (and distinguished from the blue aura).


The details are amazing! 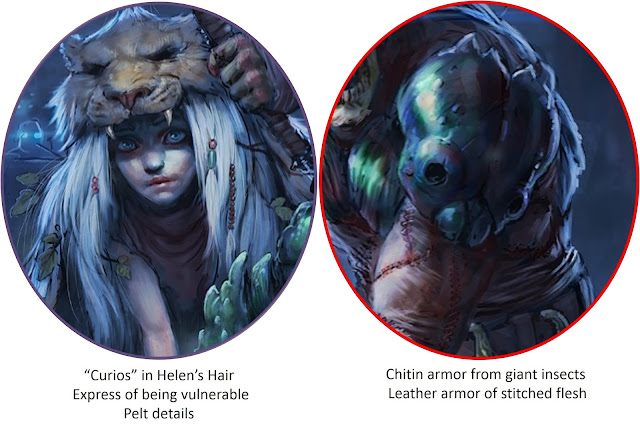 So the journey was complete.  The covers represent Lysis's and Helen's progression accurately and reinforce the characterization in Dyscrasia Fiction.  Book four is in the works...and the principles discussed here will continue to drive the design. 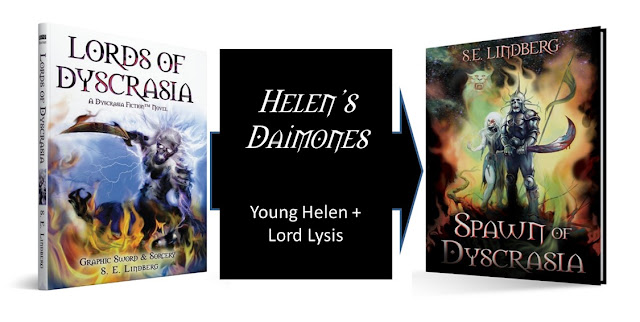